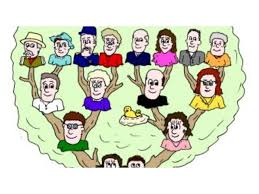 In most energy companies one can find people from different professions (not all specialists), who have varying degrees of kinship between them. So one can find siblings, brothersinlaw, cousins, nephews, nieces, godchildren or children. How many there are, it’s subject to the power (relationships) or position in the company of those who hired them. It wouldn’t be a problem if they were all specialists, but most of them they aren’t. They are simple executants who help glorify the one who hired them or execute various orders that bring benefits or relations for him/her. They are the rumor spreaders of companies, the informants of the boss (in a negative sense), those who grow as Prince Charming (take bonuses in one year as others in ten).  Most of them are not good at their job, but have diplomas obtained in various universities, say “yes” to anything and are the good guys who soon become bosses.

Thus, they will get to hire, and those hired by them will be their image and likeness.

But what is the test I’m talking about? I don’t think there have been fair tests for a long time. Many don’t even want to take the tests, knowing that if they don’t have backstairs influence they stand no chance and then go to take tests at companies abroad, where they are welcome and where they make performance.  For Romanian companies they are no good, but for foreign companies they are true specialists, respected and well paid.

That’s how we lose our best specialists, those trained by the state but used by others. I asked some if they would return to Romania. The answer was a clear and trenchant “No”, because they don’t want to be the laughingstock of the relational system in Romania, because they don’t accept be led by poorly prepared people, by people who have no vision and where they cannot develop professionally.

I wonder what will be the future of traditional gas companies? The answer is only one. They will head to the pit which they dug themselves.

The only chance is to take attitude, to say the truth, and these people who have hired their relatives should leave from companies together with their protégés. It’s difficult, but not impossible. It is not debatable. There is fear and reluctance because one may need THEM sometime. Dissatisfied are those who work, mind their own business, but they also speak only at corners or with people they trust. This must stop.

That’s why the Intelligent Energy Association (Asociația Energia Inteligentă) has been established, to advocate for introducing normality, competitiveness and professionalism in gas and energy companies.