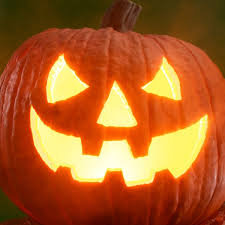 The Intelligent Energy Association organized on 25 October 2016, in collaboration with Energy-Center, the first roundtable, with participation of ANRE President and Secretary of State for the gas sector in the Ministry of Energy, during which there were discussions on the efficient and effective application of transparency, competition and non-discrimination in the gas market, respectively discussions on the implementation of Emergency Ordinance no. 64/2016 amending and supplementing the Electricity and Gas Law no. 123/2012.

The Emergency Ordinance is, in my opinion, the only regulatory document from the beginning of the gas market liberalization process, which far from being perfect, came and determined the transformation of words – transparency, competition, non-discrimination – into concepts that can be applied, measured and verified, with help of procedures, instructions and methodologies.

The Ordinance treats the fundamentals of market liberty, which can radically change behavior in the market. It creates the prerequisites for verifying the behavior of players and the disclosure of their true intentions, while verifying the facts by anyone and at any time.

Thus, there is a possibility to destroy the myth:

In fact, this Ordinance mentions things that should have been realized ad-hoc in the last 16 years in the gas market and not imposed by law:

I highlighted several key words in this Emergency Ordinance, words which are avoided by certain players in the gas market, which understood that their absence from a clear context make the terms transparency, competition and non-discrimination only empty words which they can use before anyone, without any possibility of reproach. The ordinance replaces the words with obligations, which has sparked panic among actors in the gas market, who see their positions threatened. It is my opinion that, as it has happened before in other cases, their reaction was particularly vehement, probably lobbying a lot to not see this Emergency Ordinance approved.

Boycott, by most large players, of discussions about the application and subsequent verification of the degree of transparency, competition and non-discrimination, at the roundtable organized by the Intelligent Energy Association and Energy-Center publication, is enlightening in this respect.

As it has happened on similar occasions in the past, it is likely to soon have other investigations from the European Commission, following complaints from “benevolent” companies in Romania, going all the way to resuming the theme of blocking gas exports.

Suspect is the fact that Parliament has decided to proceed with the enactment of the Emergency Ordinance no. 64/2016 after several days from its approval and even before the issue of the Government Decision setting the mandatory percentage rates for trading on centralized platforms. The emergency of discussing it in the Parliament determines my fear that some lobbyists have done their job well this time and there is a danger of extracting the key words from the GEO, so that it remains only general and continue allowing the current practices.

At the same time, I believe this Ordinance, although necessary, it is not sufficient and other many actions are necessary to realize a liberalized and functional gas market, which is why the Intelligent Energy Association will launch on Halloween (31 October 2016) the initiative: Starting over in the gas market in 10 steps.

Note: Halloween is originally a Celtic holiday, the day when it is thought that the border between this world and the other weakens, allowing spirits, good or bad, to cross it.

Let’s invite together the honest “spirits” to stay and banish the bad “spirits” from the gas sector.