LONDON (ICIS)–Romania’s Transgaz retains its transit contract with Gazprom along the Trans-Balkan line although the company has not shipped any volumes to south-east Europe since 1 January.

In an e-mail to ICIS, Transgaz confirmed the agreement for T3, one of the three lines which link Ukraine to Bulgaria across southeast Romania, remains in place. This is despite Russian gas that used to be shipped along this line has been diverted to the new TurkStream corridor from 1 January 2020.

Transgaz’ contract with Gazprom for T3 is due to expire in 2023.

Transgaz did not comment on the transit revenue it would receive from Gazprom if there are no physical flows through T3 from 2020. Last year Transgaz raked in €70m from transit, which represented around 20% of its total annual revenue.

Transgaz told ICIS that interconnection capacity along the parallel T2 line for the Isaccea 2 and Negru Voda 2 interconnection points on the Ukrainian and Bulgaria borders, respectively, would also be available once interconnection agreements will be signed with neighbouring grid operators.

The transit agreement on T2 with Gazprom expired on 31 December 2019, but Transgaz refused to sign an interconnection agreement with the Ukrainian transmission system operator GTSO for this line.

The Romanian operator signing an agreement for just one point, the Mediesu Aurit-Isaccea, which has allowed it to import Russian gas since 1 January 2020.

Transgaz said T1, another component of the Trans-Balkan corridor, was connected to the national transmission system on 1 October 2019, which meant that booking capacity on this line was subject to paying regulated tariffs.

Data published by Transgaz shows no gas inflows at the Isaccea 1 and Negru Voda 1 interconnection points with Ukraine and Bulgaria on the T1 line since 1 January 2020.

Market participants are sceptical that Transgaz would raise this cash since capacity cannot be booked as long as the company does not sign relevant interconnection agreements.

Speaking to ICIS, Dumitru Chisalita, president of Romanian-based consultancy Asociatia Energia Inteligenta, said Transgaz needed an urgent overhaul of its long-term vision as the diminishing transit revenue and its ageing infrastructure could leave the country in a vulnerable position and impact the market negatively.

Chisalita, who used to work for Transgaz, said Romania needs to allocate a minimum €4bn over the period 2019-2028 just to upgrade the domestic transmission system which has been in operation since 1914.

He raised questions about the financial sources that Transgaz would tap.

“Romania held three transit contracts, two of which expired and one is pending until 2023,” he said. “Considering that transit stopped from 1 January 2020, we expect a drop in revenue proportional with the drop in physical flows minus the cost of booking capacity on the pipeline where the transit contract expires in 2023. It is possible that Transgaz’ revenues would drop by 10-15% annually,” he said.

Chisalita added that if no capacity was booked on the transit lines, transmission tariffs would have to be raised, putting additional burdens on companies and end consumers.

Chisalita said the loss of cash would have to prompt Transgaz and its shareholders to come up with an immediate vision not only on how to attract investments, but also on how to minimise operation costs which have already increased from €174m in 2007 to €233m in 2018.

In its latest ten-year development plan up to 2028, Transgaz says it will allocate €4bn up until 2028, but €1.25bn would be earmarked for strategic projects, most of which would involve building new interconnectors with neighbouring countries.

However, Chisalita said that although Romania had to develop its interconnections, upgrade works on the domestic system were just as critical.

“Their priority should be to carry out an administrative review of the entire system to understand the exact state of the infrastructure. Last time such a partial review (re-engineering) was carried out was in 2004.

The differences in pressure means the system is disjointed, which complicates physical balancing operations.

In a statement to ICIS, Transgaz said the company was actively reviewing pipelines and taking all necessary measures to upgrade the infrastructure. The company said that thanks to upgrade works it managed to reduce the share of technological gas consumption from 1.93% in 2010 to 0.63% in 2018, being one of the most efficient transmission system operators in the EU. 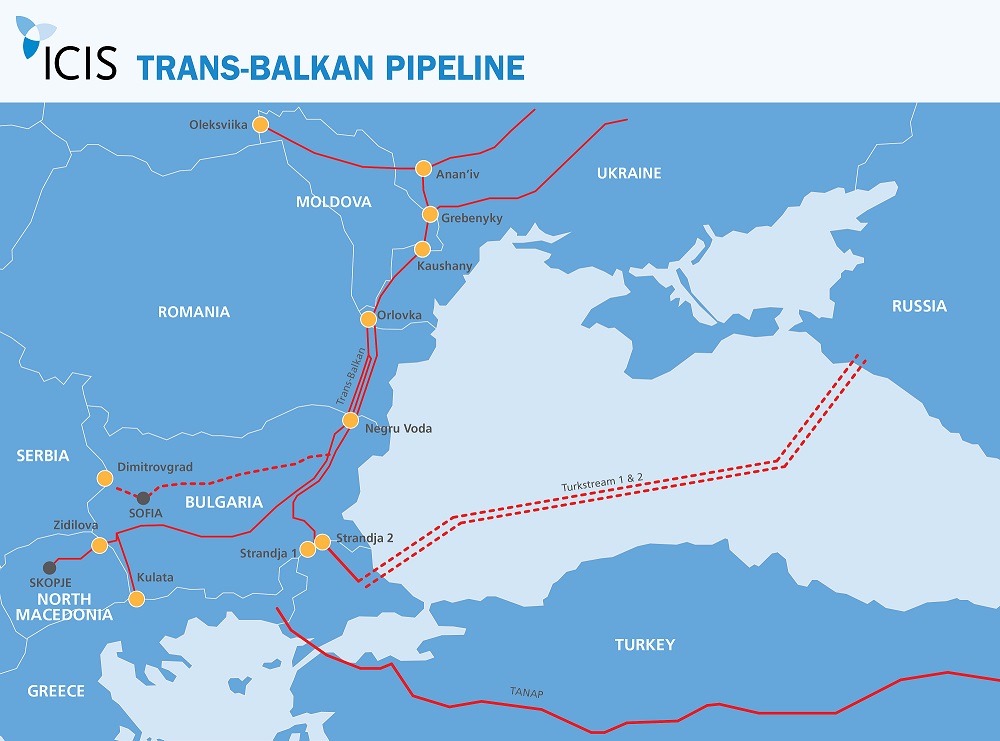