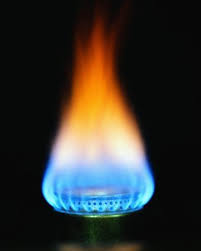 The application of GEO 114, the plan to amend it, the intention to postpone it specifically establish, until today, a honeymoon for the Government of Romania – by keeping in April high revenues from VAT and for gas importers, which in absence of these measures probably wouldn’t have obtained any money in Romania this month. On Tuesday evening (March 27, 2019), a draft amendment to GEO 114/2019, with applicability within 4 days, was published on the website of the Ministry of Finance, providing that the provisions of GEO 114/2019, would be applied in terms of capping the price of gas from domestic production starting with April 1, 2019 to RON 68/MWh (action which in my opinion has an illegal foundation). Thus, gas suppliers quickly signed gas contracts, given the legal obligations in terms of a number of reports/nominations that had to be carried out 5 days before the end of the month, before the actual delivery – being subject to heavy fines – to ANRE (the Methodology for the implementation of GEO 114), to Transgaz (Network Code) etc.

– contracts with some end-customers, with price changes under these new contracts, in line with the new prices for the acquisition from domestic production and import.

The consequences of this measure:

III. Signing gas supply contracts with end-customers, under the terms of GEO 114, was not subject to GEO 114 either, and they must also be observed; thus, there are situations where some suppliers will register losses, following the postponement of the application of the ordinance from April 1st to May 1st.