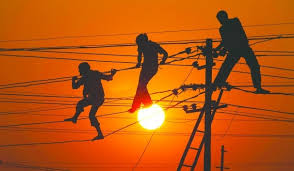 The “Smart Guys” in energy (electricity and natural gas) have emerged on the market with the introduction of rules and the exemption for some from complying with these rules. The liberalization of the electricity and gas market has created the legal framework for eliminating “smart boys” from the market, some in court, and others being eliminated by the market itself. GEO 114/2018 introduces the difficulty of having a competitive and transparent differentiation between suppliers who want to buy energy from producers (e.g. gas demand being higher than supply and gas prices being capped, differentiation between those who want to purchase being difficult, leaves room for advantaging some to the detriment of others) and creates the framework for only “some” to have access to cheap energy. Thus, similarly to practices from 10-15 years ago, “subjective criteria” of differentiation of “certain companies” will intervene and the prerequisites are created to face a limited number of companies that will have access to cheap energy. Romania has repeatedly witnessed over the last 29 years the display of a populist-nationalist message hiding the real interest. The most obvious was the slogan of the ’90s – We will not sell our country – and how assets have been purchased by certain persons or groups of persons. The GEO was reportedly intended as an act to protect consumers from energy price increases, an act determining the limitation of expatriation of profits by multinational companies, a way to increase the level of resources to Romania’s budget. But the same Ordinance outlines the framework under which energy contracts cannot be awarded based on transparent and competitive selection criteria and we risk being faced with the situation where contracts are allocated preferentially to certain companies, thus giving birth to companies monopolizing the energy and gas market.

Actions to induce a much higher price on the gas market in Romania in 2018 can be assigned to: NAMR – by establishing the reference price depending on the Vienna Exchange (price higher than the price on the Romanian market when the decision was made), lack of intervention of institutions in the field of competition that could have intervened when the anticompetitive and manipulating signals started to show and when they were obvious. This situation could be “justified” by a desire to get more money to the state budget, given that the largest revenues to the state budget from the production-transmission-distribution-supply chain were obtained from producers. After nothing has been done to prevent reaching a maximum gas price in Romania, there was even a contribution to this increase, making the decision to cap prices, but surprisingly not the price to end-consumers (which affects consumers), but the price of gas from domestic production. Precisely the sector that brings the largest revenues to the state budget (from the production-transmission-distribution-supply chain), the energy production sector is limited by capping gas prices. Thus, it can be considered that the Ordinance will not result in obtaining much higher resources to the state budget.

Multinational companies are found mainly on the energy and gas transmission, distribution and supply chain and I believe these companies are less affected by GEO 114/2018 (as opposed to producers), as they have the freedom to establish the selling price at market value (except for energy for population, which represents a relatively small share at national level) and have the possibility to recover the tax of 2% of turnover by increasing the selling price, respectively recover it from customers (which the gas producers cannot do). Thus, I believe the Ordinance will not result in a significant increase in contributions to the state budget by multinational companies.

Nationalization of gas prices for end-consumers, the possibility for operators to introduce the “tax” of 2% on turnover in the final price (tax which in fact applies on a chain of at least 6 operators, each of them wanting to recover the costs caused by GEO 114), the conjectural changes in the market determined by the Ordinance (reduction of domestic production following the lack of profitability of some capacities and reduction of investments, increase in imports, exchange rate evolution, investments in infrastructure, increasingly lower degree of utilization of infrastructure etc.) will bring in the future prices at least as high as in the past.

Energy and gas prices for population were regulated since 2004, period during which the price of gas increased by around 16 times. In fact, the only decrease in gas prices for household customers took place when they left the regulated market and switched to the free market, benefiting from gas prices by up to 20% lower compared to the regulated market. Thus, resorting to the similarity created by this Ordinance with the practice of the years 2004-2012, lower prices for household consumers will exist in the short term (presumably until next year’s elections, given the deadlines set by GEO 114 for the recovery of suppliers’ losses – by price increases – after 2020), but household consumers will face price increases due to the conjuncture that the GEO opens in the coming years. In 2012, in order to eliminate contracts with “smart guys” in the electricity sector, concluded especially by Hidroelectrica, Law 123 totally banned the direct sale of electricity by producers. “Transactions with electricity are performed on the competitive market, in a transparent, public, centralized and non-discriminatory manner”, the law provided. Also, producers are required “to offer publicly and in a non-discriminatory manner on the competitive market the entire electricity available”. Concluding, I believe that the effect of GEO 114/2018 does not correspond to the reported purposes on the necessities of this Ordinance: Protecting consumers from electricity and gas price increases, Increasing contributions to the state budget by multinational companies and Increasing the level of resources to the state budget. A non-transparent and anticompetitive framework is created indirectly, giving the possibility for only certain suppliers to purchase cheap electricity and gas from the market and also allowing these suppliers to sell energy at market prices (price allowed or even helped to exceed the natural level of supply and demand). The years 2012/2014 put an end to the era of “Smart Guys” in the electricity and gas market.

Liberalization of gas and electricity markets, the surprising “acceptance” of certain revolutionary legislative acts (such as GEO 64, not repealed even by GEO 114/2018, although certain principles are antagonistic, Ordinance 114, which favors suppliers (intermediaries) to the detriment of producers and especially creates the possibility of non-transparent and anti-competitive acquisitions) raise the question: Is the age of the Old “Smart Guys” over, while the apparition of the New “Smart Guys” is looming?

A method of manipulation is to give people (including specialists, experts, journalists etc.) what they want to believe/see/debate and at the same time to make your way unhindered to the true goal.

Under the cover of righteous and laudable purposes, under the lenient influence of public opinion according to which “the drafting of legislation was wrong again“, or “the persons who drafted the legislation do not have knowledge in the field“, we can believe that under the implementing rules of GEO 114/2018 it is intended to complete the action started in 2012 – the replacement of the Old “Smart Guys” in energy with the New “Smart Guys” in energy.