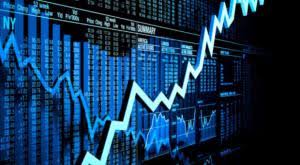 After all Governments struggled to force domestic producers to sell gas on the centralized markets, after the current Government managed to impose under the Offshore Law that gas producers in the Black Sea sell at least 50% of their production in Romania on local gas exchanges, this entire effort is cancelled under GEO 114/2018 and the curtain is closed on gas exchanges, which will more than likely have no activity. The “implementing rules” of GEO 114/2018 establish that gas imported from Russia will be traded exclusively on Romanian exchanges. Imported gas reaching Romania has a single source, GAZEXPORT, irrespective of the company actually selling gas at the Romanian border. Imposing a mandatory import rate (even if in certain days gas from domestic production will have to be ceased in theory), and especially imposing “taxes” to licensed companies will determine the sale of imported gas to be made exclusively outside borders, under bilateral contracts. There is no possibility to impose GAZEXPORT to sell gas on the Romanian exchanges (not when a mandatory percentage is imposed in Romania). I expect that in the following 3 years there will be no quantities of imported gas traded on Romania’s exchanges. But if the “rules” apply as they are written, the question arises: What will ANRE do/ Will it fine the suppliers failing to ensure continuous gas supply to customers or it will fine suppliers failing to buy on the exchange according to the established percentage? 2 years ago there were heated debates on the issue of closing the gas exchange managed by the Romanian Commodities Exchange and keeping a single exchange on the market – OPCOM (then I warned that such an option could be dangerous, given a potential “control” that can be exercised on this exchange by persons appointed in management positions). Starting with 1 April 2019, BRM will reduce its activity almost to zero, basically in my opinion without having the possibility to survive for 3 years, until 2022, when it is not known anyway what happens with the gas market. Why only BRM will die? because OPCOM is a subsidiary of Transelectrica, which has the financial capacity to support the financial losses of this activity for 3 years. Thus, a desire from 2 years ago is reached under the current “rules” – it’s true, resorting to indirect means. Other items, which couldn’t be imposed directly, in the past, will probably be found in the legal acts.