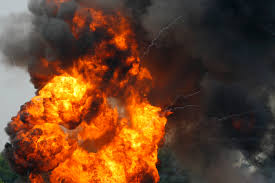 Under the aspect of capping gas prices, GEO 114/2018, substantiated on a non-existent legal provision, has the technical ‘advantage’ that it can only be challenged by the absent Ombudsman. I wish to mention however that there is another way to challenge this ordinance (I will provide details in due course). I will try to show some of the many problems arising from the implementation of the GEO that establishes a cap on gas prices.

After the approval of the mentioned document, people are boiling, but waiting. Everyone waits for a move from the ‘adverse’ side (the authorities expecting to be ‘attacked’ by market participants/market participants expect the GEO not to be applied), making the need for the development of a secondary legislation for the implementation of the GEO disappear.

GEO 114/2018 raises many questions as to the practical way in which the implementation of this ordinance can be approached from an operational point of view. I believe that the most confused are the colleagues from Romanian Energy Regulatory Authority (ANRE), not the institution itself, but the responsible employees who over the 19 years of existence of ANRGN/ANRE have faced many challenges determined by directives/laws thrown into the market (most often for populist reasons or to support certain interests) and they had to put them into practice, but I believe that this challenge is ‘the worst’ of all times.

Without initiating an analysis, I ask myself the following questions:

These are only some of the questions raised by the GEO 114/2018 regarding the cap on gas prices. I am convinced there are more – therefore I invite all stakeholders to present them to prepare a blacklist of the implementation of this ordinance.