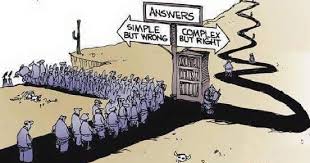 The Intelligent Energy Association (IEA) has been struggling for over 3 years for a Fair Gas Price, through caravans, seminaries, meetings with thousands of consumers, public referrals, proposed actions, initiatives to reduce energy poverty etc., inviting politicians, lawmakers or advisers, any of them being ever present (irrespective of the party). Thus, I believe that this action, coming so late, is not intended to solve the issue of consumers, and has a single purpose: a populist image.

IEA pointed out since 2 years ago, during the Fair Gas Price Caravan, that there were multinational and national companies that obtained huge profits by selling gas to population, using methods of money siphoning (https://asociatiaenergiainteligenta.ro/?p=391&lang=ro)

IEA proposed a Road Map (December 2017) (https://asociatiaenergiainteligenta.ro/?p=994&lang=ro) for introducing principles for gas trading on the gas market in conditions of competition, non-discrimination and transparency, according to GEO 64/2016 for the amendment of the Gas Law, ensuring a Fair Gas Prices for customers

IEA reported, (January 2018) (https://asociatiaenergiainteligenta.ro/?p=1056&lang=ro), following the analysis of the unitary gas cost (CUG) as average of costs on the gas market in Romania, that the price of gas in 2018 did not have to increase for the entire population

IEA reported, (February 2018) (https://asociatiaenergiainteligenta.ro/?p=1091&lang=ro), that household customers were assaulted by gas suppliers to purchase gas on the free market at advantageous prices, but in the offer they included their obligation to pay a gas subscription, the legislation in force not establishing such an obligation!

IEA proposed a set of measures (May 2018) (https://asociatiaenergiainteligenta.ro/?p=1310&lang=ro) to stop the massive increase in gas prices for population and ensure a functional market. The Association believes that the set of measures proposed is the only way to comply with the legislation in force and is aimed to ensure fair price references based on supply and demand, leading to a real fair competition of operators in the gas sector in favor of consumers.

IEA pointed out, (August 2018) in a study conducted by the Intelligent Energy Association(https://asociatiaenergiainteligenta.ro/?p=1395&lang=ro), how the Romanian gas market had evolved in the buffer period of 6 years established in 2012 for gas market liberalization, i.e. that:

IEA warned (September 2018) (https://asociatiaenergiainteligenta.ro/?p=1386&lang=ro) on the abnormal increase in gas prices in the summer of 2018, based on a legal speculative attitude on the market of certain companies, which determined demand to be higher than supply in this period and thus created a growth trend for gas prices. During summer, this discrepancy between gas supply and demand brought some panic that triggered the gas price fluctuation and thus we witnessed gas acquisition prices in August 2018 at values that haven’t been reached even in the winter months of 2017-2018.

IEA pointed out, (October 2018) (https://asociatiaenergiainteligenta.ro/?p=1410&lang=ro), that the weighted average price of natural gas formed on the exchange in 2018 was due to a manipulation tendency started in the autumn of 2017…

What happened with all these complaints? Nothing. Why? Because there is no interest to establish a Fair Gas Price. The interest resumes strictly to fake news on saving consumers.

The legal basis of setting the price of gas produced in Romania:

Capping gas prices by GEO would violate the legislation in force and the petroleum agreements and probably challenging it in court by gas producers would determine the cancellation of this provision, in a limited period, period in which gas is already sold at other prices than that established under the GEO, so the population will not benefit from these “advantages”. In turn, what is truly intended will be obtained, namely higher prices on the gas market, to determine more revenues to the budget through a higher taxation and the possibility to show that everything possible was done, but others were to blame for this increase, whose main beneficiary is the state. The uselessness for the winter of 2018/2019 of this cap on the price of gas from domestic production results by analyzing the amounts of gas traded on the exchange with delivery in the winter months and how gas was sold based on bilateral contracts in the previous years. Thus, we estimate that the domestic gas production is sold almost entirely for this winter. Thus, even if the price for domestic production is capped, it will have no effect this winter, but will determine an important increase in the quantities and price of imported gas this winter. Similarly to 2004-2012, when the price of gas from domestic production was maintained at a minimum level, imported gas sold in Romania had prices above those at which gas was sold in countries neighboring Romania, as they “took over the trade markup of Romanian gas”.

Capping gas prices is a measure that will not reflect in a decrease in gas prices for population this winter, but will determine higher prices for imported gas. Russian gas or Hungarian gas will take over part of the price margin that until this cap was taken over by gas from domestic production (over 60% of this margin being revenues to the state budget through taxes, windfall taxes and dividends).

The Intelligent Energy Association campaigns to protect end-consumers through real and sustainable measures, measures that need to be corroborated with the realities we live in and not through “interventions” that in the long run do much more harm than the joy they create for the moment. The Intelligent Energy Association claims that the higher taxation of gas, as a historical correction, shouldn’t limit exclusively to satisfying the current generation, but should also allow the future generations to benefit from gas discovered more than a century ago.