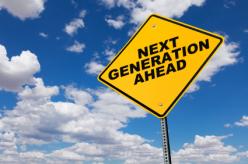 The higher taxation of gas, a historical correction, shouldn’t limit exclusively to satisfying the current generation, but should also allow the future generations to benefit from gas discovered more than a century ago. At the same time, it is necessary to stop the action through which the higher taxation of gas is only a tool to get more money from people’s pockets. These days there are heated discussions on a draft law on the approval of Government Emergency Ordinance no. 25/2017 amending the content of the annex to Government Ordinance no. 7/2013 on the establishment of the tax on windfall gains obtained as a result of price deregulation in the gas sector. I searched without success this draft law to be able to express my opinion pertinently. I was surprised to notice that it does not exist in the public space, proving the secrecy around this draft for a law with public nature. As someone reported, you can obtain secret protocols faster than this draft law! Managing in the end to read this draft law, I was able to notice that its intention was as correct as possible. Thus, soon we will celebrate 110 years since the discovery of natural gas on the current territory of Romania. The foundations of the gas industry have been laid more than a century ago, and the peak activity for the development of this industry took place in 1960-1980. Thus, we are today in the situation of benefiting from the work and investments of our parents and grandparents, ripping the benefit brought by these generations. This situation determines a difference between the production cost of “historic” gas and the selling price of gas on the wholesale market in the recent period. Thus, in my opinion, the citizens of Romania should absolutely correctly be the ones to benefit first from this difference between the price of gas established on the market after gas market liberalization (2012) and the production cost, for “historic” gas. But, at the same time, the future generations should also benefit from this capital achieved by our predecessors. From this point of view, the draft law has shortcomings. My opinion is that the current draft makes a historical correction, but it is limited only to satisfying the present generation, through this higher taxation of gas.

The higher taxation of gas can be accepted as a historical correction, but it shouldn’t limit to satisfying the current generations, but the future generations as well.

The option to align the Romanian gas market to the Vienna exchange must be assumed publicly, especially that the steps in this regard are visible.

But assuming this direction must be presented correctly with its pros and cons, as well as with the strengths and weaknesses it brings. The example of European countries that have joined an exchange from a different country is large enough to show that it is not a utopia. But this direction must eliminate permanently the antagonistic directions, included in a populist manner in various programs and strategies: Romania – Gas Hub, Romania – Energy Independence etc. What’s serious is that lies, misinformation, fake news etc. are used in this draft law to support it.

Summarizing the effects on gas price increase, after the application of the new draft law on higher taxation of natural gas, but taking into account the price increase that should have taken place in October 2018, postponed for 1 April 2019, we can estimate that the price of gas will suffer an increase by up to 40%. What’s worrying in this form of the draft law is the price to be paid for gas by Romanians within 5-10 years.